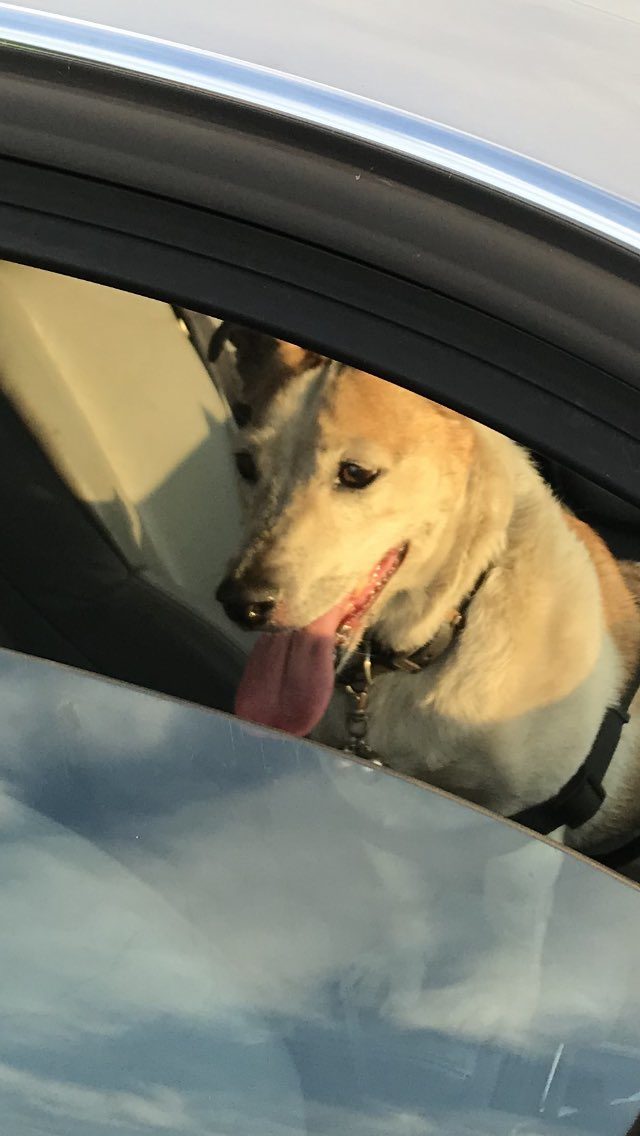 Every year, dogs suffer and die when their owners mistakenly or negligently leave them in a parked car on a hot day. Parked cars can be deadly to dogs.

Parked Cars and Heat: A Deadly Combination For Dogs

Dogs can only cool themselves by panting, so this makes it extra hard for them in stifling hot conditions. They can experience brain damage, heatstroke, and death in as little as 15 minutes.

Given this, it was good to see that Police across the UK took heed of the sweltering weather and began smashing car windows and rescuing dogs left inside vehicles by their owners.

One incident was reported by shoppers at a mall who spotted a dog that was left locked inside a car for over 3 hours in the mid-day heat.

The Charles Cross Police were called to the scene and immediately broke the window to rescue the pup, and shared the image of the rescue on Twitter, noting the dog was understandably happy (and no doubt relieved) after being freed. 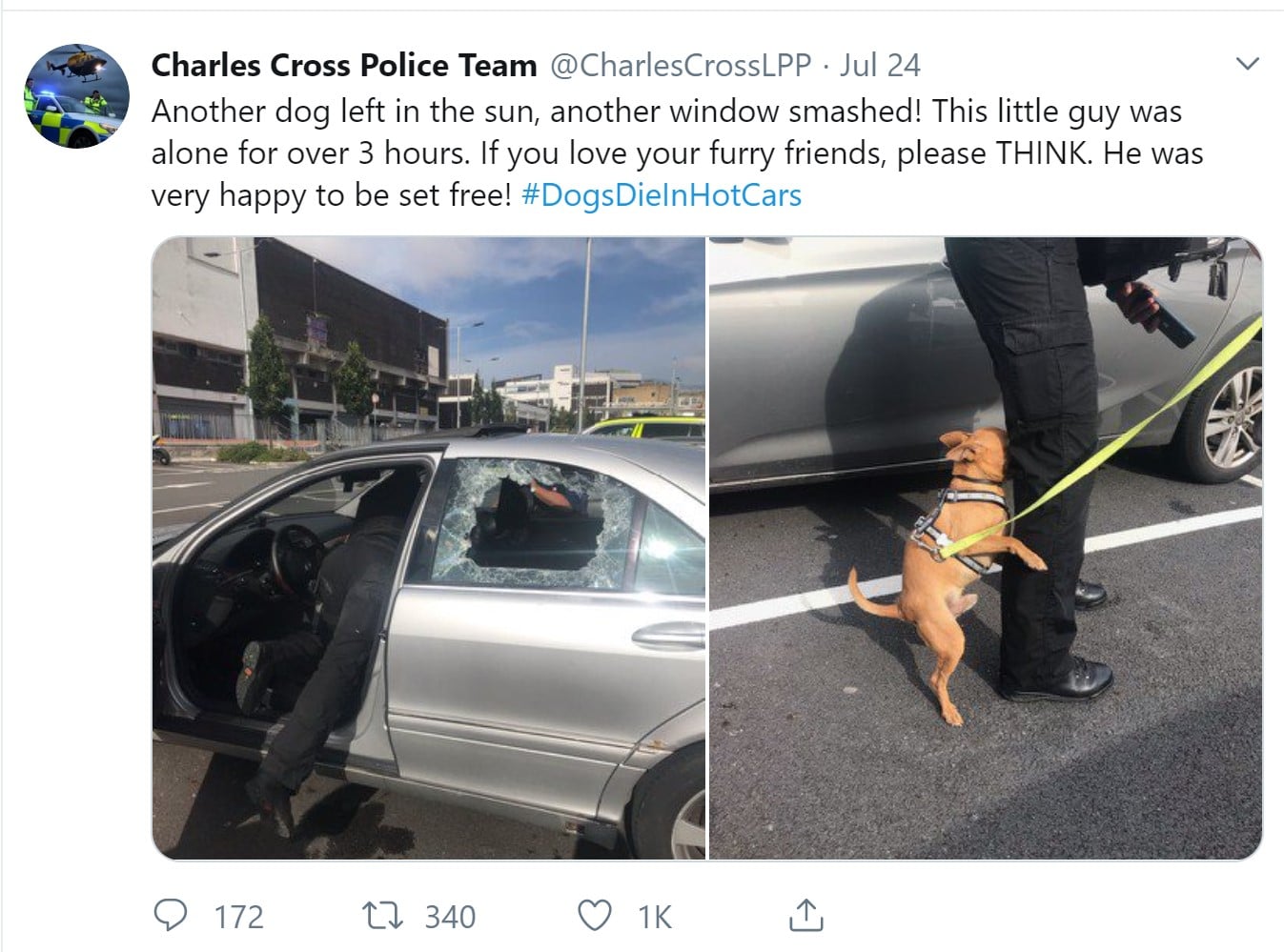 The owners of the car, however, were, well, not so happy at having their car window smashed in.  The police explained that the matter was very serious and that they had the legal powers to free the dog due to the life-threatening situation, and that the owners could be prosecuted for animal cruelty.

See A Dog In Possible Danger?  Call The Police.

There were numerous other incidents reported of dogs being trapped in overheating cars across the UK.

In one case, police noted a dog was starting to pant and overheat in less than 10 minutes. The owner, fortunately, returned quickly after an announcement was made over the public address system. 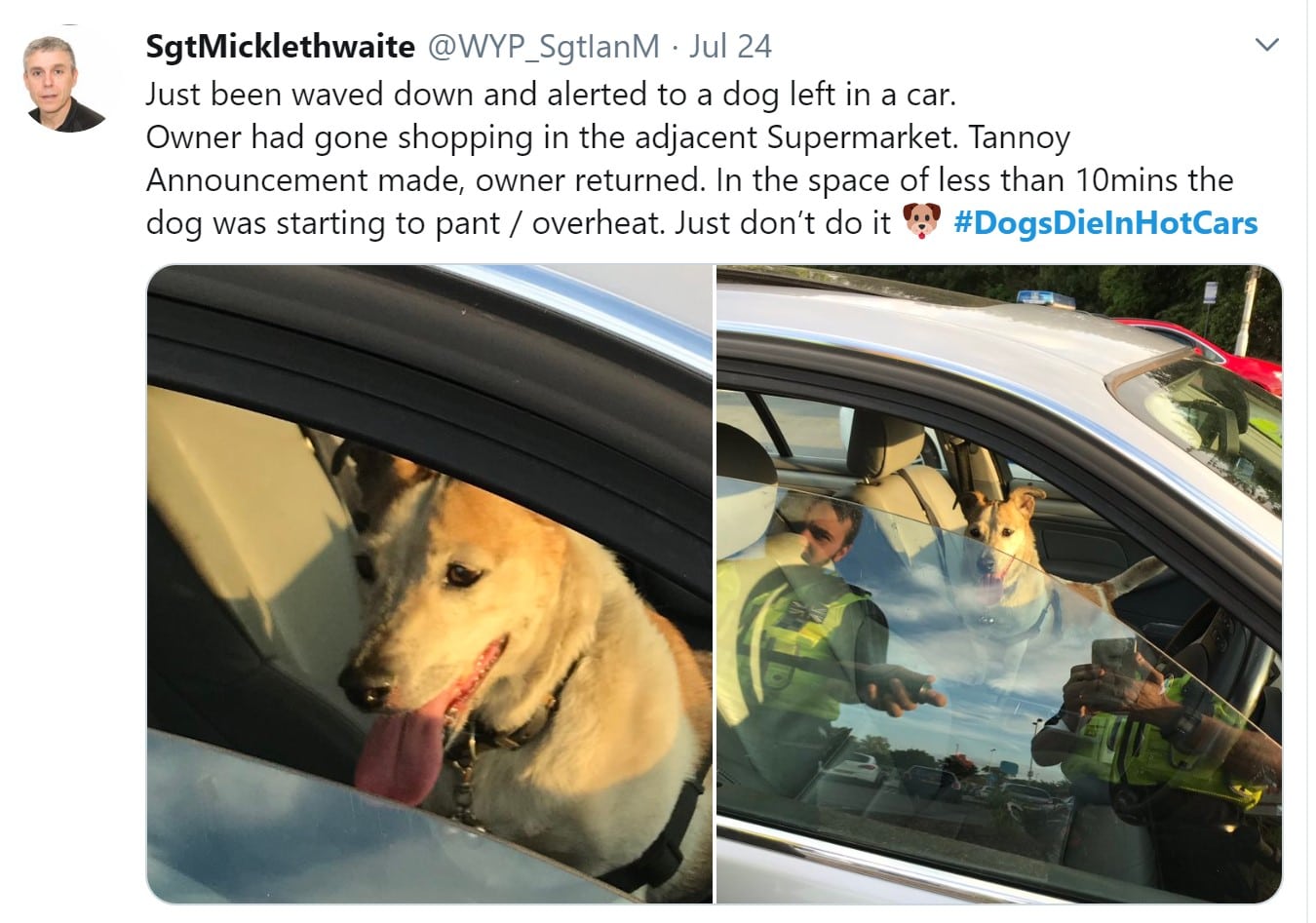 In another case, a border terrier was spotted panting and lying down inside a car by a teen, who immediately called the police. However, while she was on the phone, the owner reportedly dashed back and drove off.

Another incident escalated after a worker saw a dog trapped inside a car on one of the hottest days of the summer.  A person was filming the driver when she returned to her car and yelled at her for leaving the dog in the car.   The woman insisted she left the dog inside for only seven minutes, and that the window was open. However, the worker screamed back at her stating the window wasn’t open and called her various unflattering names as she drove off.

The bottom line here is please don’t leave dogs alone in cars on hot days.  And if you see a dog trapped in a car, please call the police immediately.

In case you’re interested, here’s a video showing the moment a police officer smashes a window to rescue a dog from a hot car.