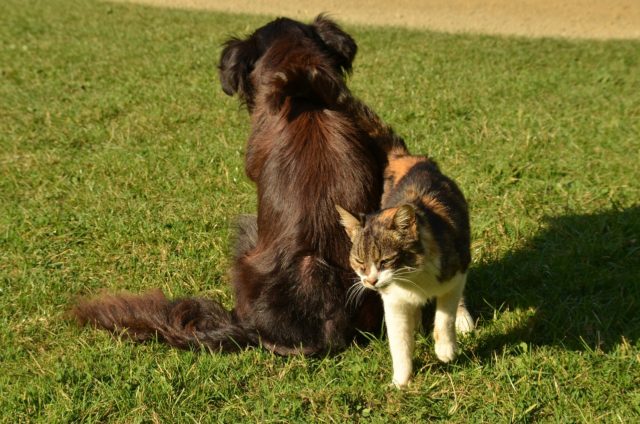 One day, Cashew and his owner, Shelly Colette, were on their walk when Cashew stopped all of a sudden and refused to move. This perplexed Colette until she finally figured out what was happening. Cashew was standing by a manhole where a cat was stuck.

Colette didn’t know the cat named Ghost personally, but she knew he was lost by the posters scattered around town. Ghost’s owner was looking for him for nearly six weeks already.

Colette remembered looking down at the hole and thinking to herself, “That’s the missing cat.” Cashew obviously wanted to save the cat as he continued to refuse to walk away from what he found. She immediately called Ghost’s owner.

When the cat’s owner, Izzy Francolini, received the call, she quickly went to where her cat was found. She called municipal workers and asked for their help.

The cover of the manhole was difficult to lift up because of the rusting around it. The task needed five men and sledgehammers to finish. Francolini knew that all that noise would scare away Ghost.

She stayed by the manhole and waited for the cat to come back. Friends, strangers, and family assisted her with her needs. She was super grateful to the people who showed her kindness while she was set up by the spot where Ghost was last seen. 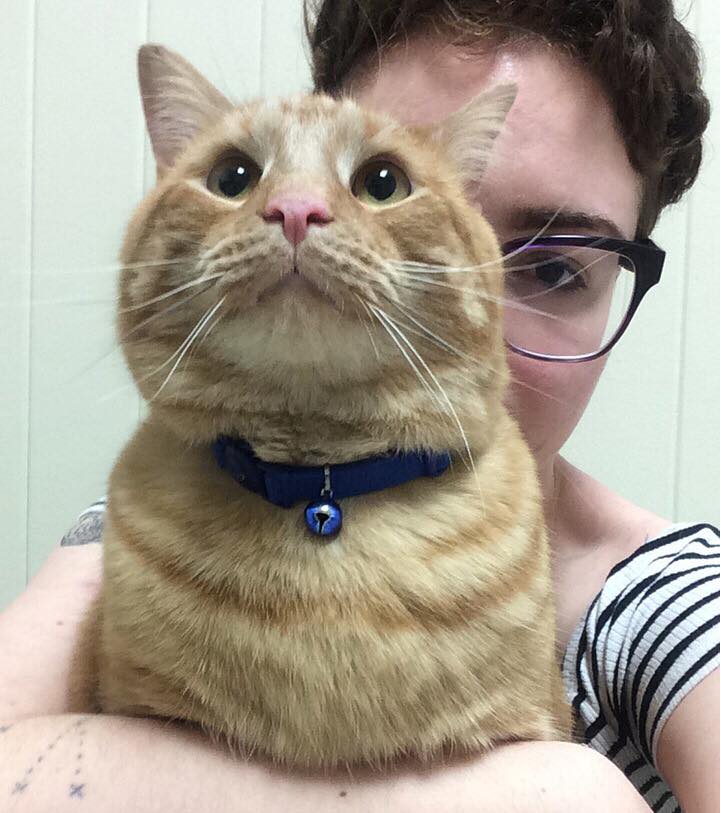 Six hours went by, but Ghost still hadn’t returned. She decided to go home. After 3 hours, a friend called her saying that meows were heard by the manhole and that Ghost might have returned.

She went back by the hole with some food to help lure out her tabby. Soon enough, her plan worked, and she was reunited with her beloved cat.

Francolini said that if it weren’t for Cashew, Ghost would still be lost down under the sewers. Cashew is a really fantastic dog. In fact, Colette shared that he’s such a good tracker that he once led himself out of a corn maze.

Thanks to Life With Dogs for sharing this story.