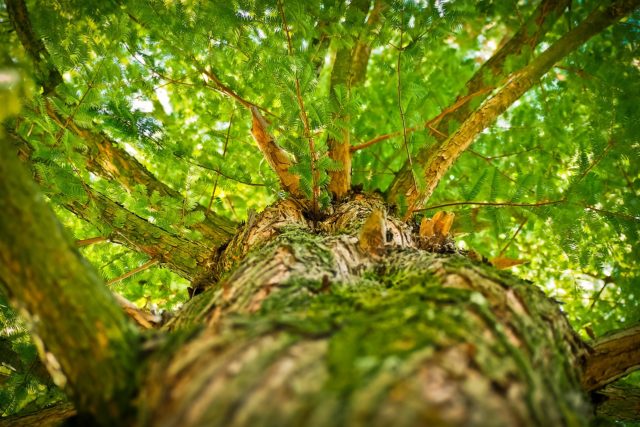 We all know that bark is the outermost layer of a tree. But here’s a story of a tree that had a different kind of bark. Two troopers from the Kentucky State Police found what appeared to be a dog stuck in a tree. It was afternoon, and the troopers decided to check out a noise they heard in a nearby forested area.

During the first few minutes, they were having difficulty locating where the noise was coming from. They found out the sound was literally coming from inside the tree trunk. Only the face of the dog was poking out.

They later found out that the dog’s name was Rocco and he got there by squeezing through a narrow groundhog hole. This led him to a cavity within the tree trunk which happened to be hollow. The dog was found himself stuck and unable to squeeze his way out.

No matter how amusing the scenario was, the two officers who found the dog immediately called for assistance. The first to respond to the call was the Salem Fire Department. They gladly helped.

It was obvious that the dog couldn’t be pulled out by force. The rescuers decided to cut a new opening on the side of the tree. They had to be very careful in doing so.

Fortunately for Rocco, the rescuers succeeded with the rescue operation. They removed the bark and freed poor Rocco. He’s now back and reunited with his owner.

Did the dog learn its lesson? There’s no way to tell for sure. The rescuers aren’t taking any chances on this incident happening again. So, in case Rocco finds his way back to the same tree for some reason, they created a wider opening on the tree. Hopefully, Rocco doesn’t get stuck in the same situation again.

Check out the video below for the pictures, and let’s hope our dogs don’t get stuck in trees like Rocco did!