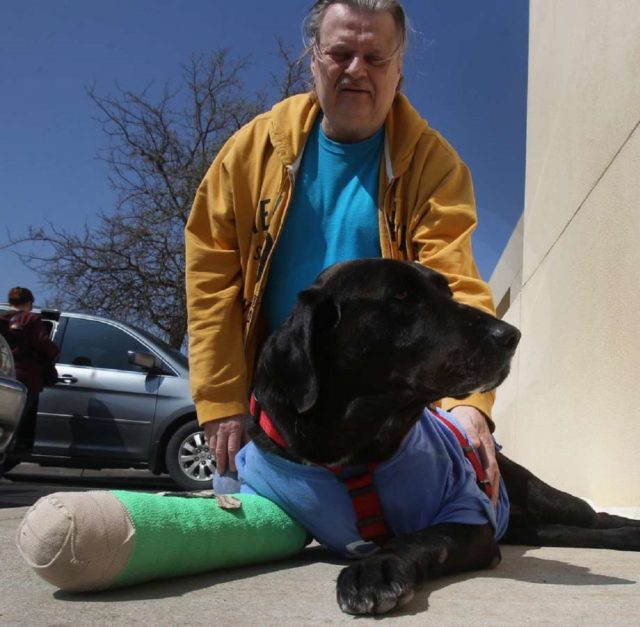 Walking is universally known as a healthy activity for kids and adults.  It’s more fun, though, if you have some friends to walk and laugh with along the way.

In Benavides Heights Elementary School, most students look forward to walking every day to school. They were able to enjoy their walk because of a friendly, stray dog.

A Familiar Sight Around the School

A black Labrador mix dog named Debbie is a familiar sight around the school. Most kids are fond of her as she’s a very social pup. She first came into the school as a puppy seven years ago and is now a grown-up dog. 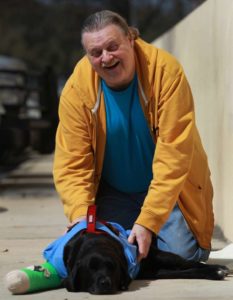 How did a homeless dog survive seven long years all by herself? Well, Debbie is well-taken cared of by the students at school. The staff give her food and make sure she gets vaccinated.

Debbie is like an official resident at the school. The children play with her regularly. Even those who are already in junior high or high school still recognize her.

An Accident, Then A New Home

The school’s literary specialist named Ronald Zawacki-Maldonado tried many times to take Debbie to his home so he could raise her. However, the dog was very smart because every attempt he did to bring her home was unsuccessful. She would always find a way to open Ronald’s car door and run away.

On an unfortunate day in January, Debbie got accidentally hit by a truck. The poor pup suffered some severe injuries. She got a fractured spine, and her right front paw was removed. 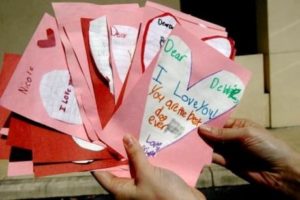 The students felt sad because of what happened to Debbie. On the brighter side, after all her treatments, Ronald was finally able to bring her home into his loving family.

Credit: My San Antonio from the Express News