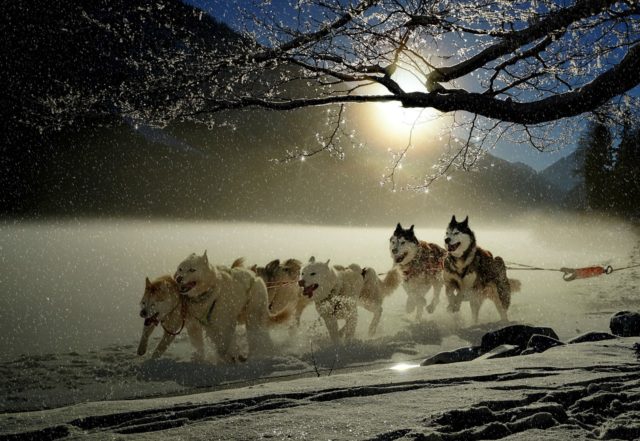 All this time you thought your dog was an average pooch whose only super power is their super napping ability. Just like how Clark Kent conceals his identity with a simple pair of eyeglasses, your pooch may be hiding their secret identity very well from you – or maybe not.

In any case, check this list of dog breeds that have not-so-secret dog powers. Perhaps your dog is one of them, or it may inspire you to adopt one or just to simply admire their amazing abilities.

The syllable “Dach” in their name means “Badger” in German – so basically they are “badger hounds.” Badgers are their arch-nemeses and these villainous creatures have been pestering innocent farmers and gardeners since way back. So, the Dachshund has been bred specifically to save citizens from these hole-digging villains.

Dachshund are short but long which helps them easily maneuver inside the holes that badgers dig up. They have powerful lungs to help them breath better underground and their paws’ shape help them dig the ground further.

The Catahoula leopard dog breed was not specifically bred to climb trees. As the old adage goes, necessity is the mother of invention – or, in this case, evolution. Way back before dogs were domesticated, they had to hunt to get food – and you have to possess certain skills in able to hunt prey.

This is where the tree climbing ability came in. They are extremely smart dogs which helps them track their prey. Their paws are webbed to help them swim better and they eventually developed the ability to climb up the side of trees to catch up with prey that climb up trees. They cannot climb all the way up but still, it is an amazing skill that qualifies them to be in this list.

I think this one isn’t a big surprise to anyone – as you look at a pitbull’s physique you can easily tell that these dogs can be incredibly strong. Unfortunately, these dogs were bred for fighting – and this is where they get their physical advantages over other breeds.

They are so strong that they compete in strength competitions and the record for this competition is pulling the weight of a small sedan car over 12 feet. Despite this breed being tough-looking, they are actually very loving and affectionate pups. It will all depend on how the parents train their dogs to behave.

The Shar-pei dog was bred in China for the purpose of hunting wild boars. Whenever wild boars decided to fight back, the Shar-pei would be in trouble as the boars are much bigger than them and very tough. Good thing the Shar-pei’s loose skin would help them escape and protect their internal organs from damage if the boar bites them.

You probably already know, Huskies have been bred to pull sleighs over long distances and under extreme weather conditions. It takes an incredible amount of strength and stamina for dogs to pull off this feat and it would be safe to assume that not too many dog breeds are able to do this kind of job.

Have you ever wondered why Dalmatians are the mascots of fire stations? Here’s why – back in the day when firemen used horse-drawn carriages, dalmatians would accompany them. They bark to get people out of the way and when the carriage is at the site of the fire, they distract the horses to allow the firemen to get the carriage as close as possible. They even guarded the carriage to make sure no items got stolen.