Home All Articles The Dancing Pit Bull – Intelligent and Graceful 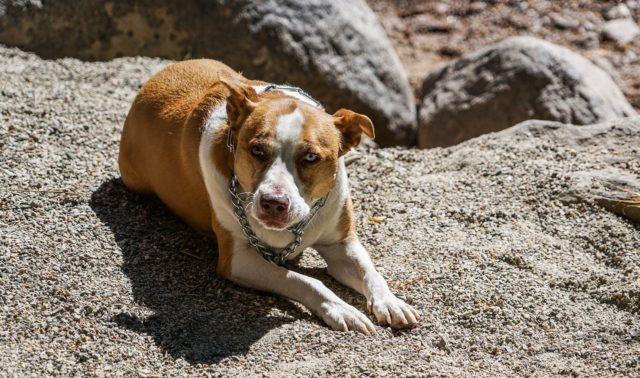 Many people think pit bulls are a dangerous breed. Some insurance companies are even hesitant to grant you insurance if they know you own a pit bull. ThatŌĆÖs how pit bulls are viewed by most people. But in reality, just like any dogs, pit bulls can bite and become aggressive if threatened.

It’s hard to imagine that pit bulls were once considered “AmericaŌĆÖs DogŌĆØ. They were even called ŌĆ£NannyŌĆÖs DogŌĆØ because of their kind, sweet ways, and mostly for the breed’s loyalty. But some people have found ways to capitalize on the breedŌĆÖs abilities ŌĆō such as participants in dog fighting rings.

The misconceptions about pit bulls have become so strong that there is a rise of abandoned pit bulls in many U.S. shelters.

Although many good-hearted people are trying to correct these misunderstandings, there are still individuals who need convincing.

Pit Bulls are extremely loyal dogs. They are smart and highly protective of their families. They can follow instructions and can perform tricks efficiently. They are gentle and adorable – just like the dog in this story. The video below features a dancer and her dog. But thatŌĆÖs not all. The pit bull is also a dancer. The dance routine her owner has taught her allowed the sweet dog to dance extremely well and coordinates with her ownerŌĆÖs dance moves.

Watch the clip of the dancing pit bull below.

Those are pretty nifty dance-steps! It also shows that pit bulls are an obedient and intelligent breed. They can follow commands and can be sweet ŌĆō as long as they’re taught that way.

I hope this footage will go some way to help convince those who are scared of the breed to give pit bulls a chance. They are dogs, and they deserve our love and care.